JEFFREY ROSENSWEIG is the Director of the Global Perspectives Program at Goizueta Business School of Emory University. Previously, he served for six years as an Associate Dean. An international business and finance professor, he focuses on global investing and business in the global economy. He also specializes in financial, macroeconomic, and business forecasting. A frequent keynote speaker on topics related to global economic and financial trends and forecasts, he is selected annually as the global-investing keynoter at the Security Industry Association’s Annual Institute. Jeff is known for a unique ability to combine original and useful business content with an engaging and dynamic speaking style.

Jeff is often quoted in the national business press, including Forbes, Fortune, and Businessweek. He has appeared nationally on ABC "World News Tonight" and "Good Morning America", the NBC "Today Show", NBC "National Nightly News", "Nightline", Bloomberg TV, and he is a frequent economic commentator for CNN. He has published numerous papers in academic and business journals. He has written three books, including the critically-acclaimed Winning the Global Game: A Strategy for Linking People and Profits.

Active in executive education, Jeff was selected by the Wall Street Journal as one of the 12 favorite professors in all Executive MBA Programs worldwide. Jeff received his M.A. and B.A. in economics (summa cum laude) from Yale University and a Ph.D. in economics from Massachusetts Institute of Technology (MIT). Further, he received a master's degree in philosophy, politics, and economics as a result of two years of study at Oxford University as a Marshall Scholar. The British Government has selected him to serve on the Marshall Scholarship Selection Committee for 16 years, and during the past four years has appointed him Chairman for the Southeast. Jeff has been selected as a lifetime member of the world-renowned Council on Foreign Relations.

Before Emory, Jeff served as senior global economist in the Research Department of the Federal Reserve Bank of Atlanta. Other previous experience includes serving as an economic consultant to the Government of Jamaica and teaching international finance at Yale’s School of Management. Elected by the faculty in 1996, Professor Rosensweig served for 12 years as Chairman of Emory University's Center for Ethics. He has also been the Pack Leader for a multicultural group of over 100 Cub Scouts. 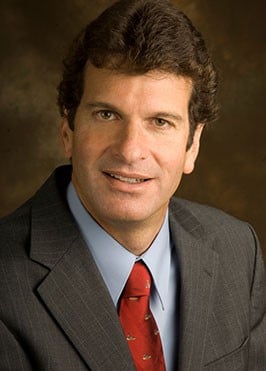 Get Hope in Your Inbox