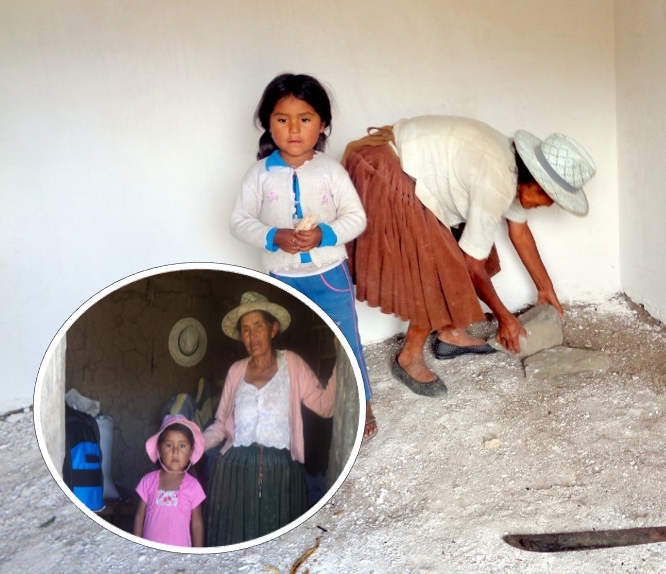 When Valentina learned about MAP’s Chagas Prevention and Control project, she soon realized that she and her only granddaughter were living in conditions that put them both at high risk for Chagas disease.

With poor living conditions, they were one of the families chosen to participate in this project. With funding from the AbbVie Foundation, MAP Bolivia established an outreach program that brings the confidence of knowledge to Valentina and others in the Retamani community.

Knowing there was something they could do to prevent this horrible disease, Valentina started collecting rocks from around her community to contribute to the floor of her dirt home. The project helped Valentina to take proper measures to improve their home by stopping the bugs from living in their floors and walls.

Valentina and Mayra are now living without the fear of contracting Chagas.

Today on World Chagas Day, we are thankful for our partnership with the AbbVie Foundation and the chance to help people such Mayra and Valentina in central Bolivia.