When Hurricane Michael roared across the Florida Panhandle and into Georgia, the homes and livelihoods of thousands were wiped away. No one will forget the images of the destruction in Mexico Beach; our hearts broke with every news report.

It’s hard to comprehend losing everything overnight. Many lives will never be the same. 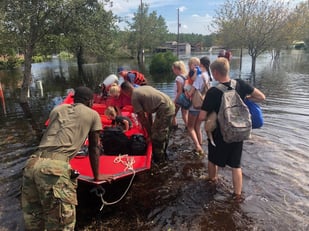 Hurricane Florence caused similar damage throughout the Carolinas as it dragged slowly across the Southeastern US with record rainfall.

Thanks to you, more than 30,000 Disaster Health Kits (DHKs) were distributed to devastated residents following these storms. Critical health supplies were also provided in MAP/Johnson & Johnson (J&J) Medical Mission Packs which contained over-the-counter medicines including much-needed bandages, analgesics, gauze, multivitamins, and other health supplies designed to prevent the spread of illness.Together, these hurricanes rank as two of the most catastrophic storms in U.S. history.

In addition to these U.S. disasters, MAP responded to a number of international crises in 2018: 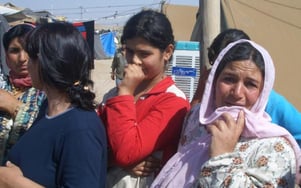 Syrian Refugees: Refugees fleeing the civil war in Syria continued to require assistance in 2018. Working with the Armenia Artsakh Fund for Syrian refugees, MAP provided critical medicines that treated over 2100 people. MAP provided medicines and health supplies to refugees still living in Jordan as a result of the war in Syria.

In addition, MAP delivered an Interagency Emergency Health Kit (IEHK) to our partner in Turkey who will distribute medicines and health supplies in some of the most devastated areas and hospitals in war-torn Syria. An IEHK will meet the medical needs of 10,000 people for three months.

Kenya Flooding: After months of torrential rain, MAP provided resources to procure 2500 nets for communities affected by catastrophic flooding that killed over 400 people. The nets protected the country’s most vulnerable populations including women, children and the elderly. Mosquito nets help prevent the spread of disease including malaria and dengue fever. 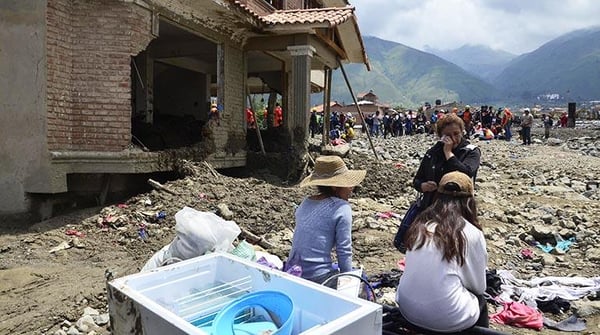 Bolivia Mudslides: Provision of resources to aid the repair of the MAP Bolivia Health Center following devastating mudslides in Chilimarca, Bolivia (photo above). This small community suffered greatly. The MAP Bolivia office serves the healthcare needs of the Chilimarca community and surrounding area where last year, the MAP team served more than 25,000 people.

Nicaragua Civil Unrest: Nicaraguans experienced an increasing lack of access to health care because of civil unrest in 2018. Over 300 people died in April amid anti-government demonstrations. Working with the American Nicaragua Foundation, our partner on the ground in-country, MAP has provided two separate air shipments of medicines and health supplies to treat more than 27,000 people.

You made a difference in the lives of thousands and thousands who were in the midst of a crisis in 2018. We know there will be more disasters in 2019 - MAP will be there to help those in need.

Will you help us provide more medicines to more people affected by crisis in 2019?

Your gift made before December 31 will be matched and doubled thanks to a generous group of supporters of MAP.

Your donation will go twice as far to help twice as many people affected by disasters in 2019. Thank you for your support of our mission.