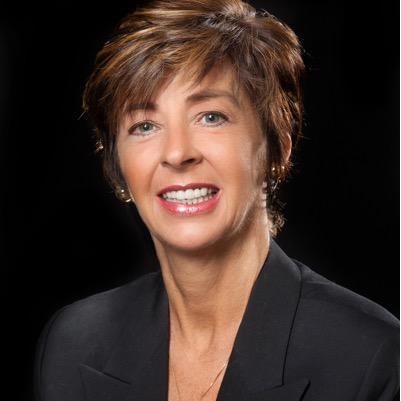 When Hurricane Maria hit Puerto Rico with devastating impact, St. Simons resident and force-for-good, Leslie Mattingly knew she had to do something to help.

Leslie and her husband, former U.S. Senator Mack Mattingly shared a common passion for Puerto Rico fueled by longtime friendships built over years of government and private sector work.  Additionally, both had worked closely with one of the largest and most sophisticated conservation trusts in the world, the Conservation Trust of Puerto Rico (CTPR).

Their knowledge, concern, and passion for the island ran deep.

As pictures of flooding and despair began pouring in, one of Leslie’s first calls was to MAP International’s CEO, Steve Stirling. Wondering what MAP was doing to help, Leslie knew she wanted to raise awareness of MAP’s efforts to help those affected by the storm. Speed was of the essence, so she turned to Facebook.

“I decided, the quickest and easiest thing I could do was just set up a Facebook Fundraiser. Facebook makes that very easy.  It took me less than 10 minutes.”

As a newbie to Facebook Fundraisers, Leslie shares how she simply posted regular updates from her friends in Puerto Rico, reminded her followers of the fundraiser, and thanked those who had donated. This encouraged others to donate and the cycle continued.

In the end, Leslie raised nearly $3,500 for MAP and our relief efforts in Puerto Rico. This money was used to send vital Disaster Health Kits (DHK), medicines and medical supplies. MAP’s signature DHKs in particular, offer medicines and supplies designed to prevent the spread of disease and illness. They were critical in the aftermath of the hurricane.

The power of social media enabled Leslie to raise awareness not only of MAP International but her own giving story. Friends, family, and colleagues around the world learned what we at MAP already knew, Leslie Mattingly is a community leader with a loving heart, a passion for service, and the ability to magnify both for the greater good.  This is Leslie Mattingly’s #MyGivingStory; MAP is blessed and fortunate to be part of it.

Additionally, please consider a donation to MAP to help thousands who are still in need of help weeks after Hurricane Maria.