"We Need to Celebrate Our Success”: The Role of Medical Donations in the Advancement of Neglected Tropical Disease Programs

For over 60 years, MAP International has been a leader in providing medicines for people who face health threats from diseases never seen and hardly spoken of in developed economies. As such, diseases like Buruli ulcer, Chagas disease, and guinea worm are recognized by the World Health Organization as neglected tropical diseases (NTD). 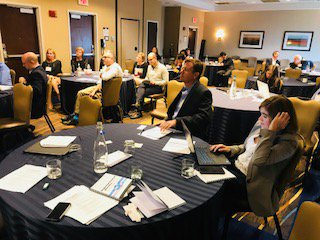 “We need to celebrate our success. Donation programs are vital to any NTD program. They offer an accelerated public/private partnerships to deliver funding, medicines and technical assistance which are vital to advancement in the NTD space," said Ms. Allison.

To hear Ms. Allison’s complete interview recorded in advance of the forum and her discussion of the role of medical donations in reducing deaths from NTDs, click here.

"The elimination of river blindness in parts of Latin America is a prime example of non-governmental organizations (NGO) and private enterprise coming together to eliminate this disease,” she said.

MAP’s focus on prevention, treatment, and control over the years has garnered success in the treatment of NTDs. In West Africa, MAP worked in partnership with the Carter Center to help eradicate guinea worm.

Since 2012, one million people threatened by NTDs have benefitted from MAP's work. In 2017, MAP provided more than 1.8 million treatments to help combat NTDs.

The Neglected Tropical Diseases Forum, being held in Boston, focuses on the significant role medical donation programs play in the NTD landscape and their contributing factor to the elimination of NTDs.

However, as Ms. Allison shares, challenges remain for NGOs, including MAP. “The pill is only part of the solution." To remain successful, MAP and other NGOs need to focus on the following three areas:

"We Need to Celebrate Our Success”: The Role of Medical Donations in the Advancement of Neglected Tropical Disease Programs