#MyGivingStory: Never Too Young to Give Back 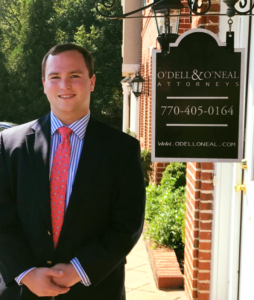 Growing up in South Georgia, Nicholas Booth was raised to believe it is always “better to give than to receive.” Throughout his life, Nick’s family taught him to appreciate God’s gifts, work hard and to give back to his community. He lived those virtues daily. 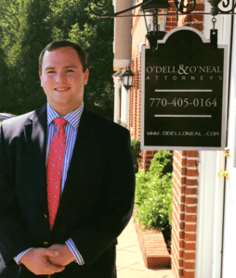 While attending the University of Georgia, Nick knew it was his turn. His time to demonstrate the character his family had instilled had come due.  At the end of his sophomore year in college, Nick made his first donation to MAP.

What motivates a college student to donate to a nonprofit? What pushes them to choose a cause bigger than themselves, bigger than the pursuits of university life?

For Nick, he wanted a Georgia-based charity to honor his home state. He wanted a nonprofit that he could support locally but would help people around the world.

After conducting diligent research on a variety of different charities, I chose to make MAP International one of my primary charities to support. There were many reasons for making this decision; MAP International’s mission is inspired by the same Christian values that I hold.”

Nick donated faithfully and started a Facebook Fundraiser to involve his friends and family in his giving efforts. He wanted to raise awareness of MAP.

“Their efforts to support people regardless of religion, gender, race, nationality, or ethnicity in times when they need it most sets a Christ-like example that all people, Christian and non-Christian alike, can learn from and follow,” Nick said.

Additionally, MAP is committed to ensuring that the vast majority of their money raised goes to help these people and provide them with essential medicine and health supplies…”

Coincidentally, Nick discovered that some of his family were already donating to MAP demonstrating a shared passion. Together, Nick, his family, and friends are helping to provide life-changing medicine and health supplies to people in need.

“I chose to run my fundraiser for MAP because Facebook’s fundraising platform has proven to be a simple and effective way to raise money and awareness for organizations that people care about.”

This is Nick’s #MyGivingStory. On #GivingTuesday, what will be yours? On November 27, what will motivate you to join the global giving movement? No matter your age, Nicholas Booth demonstrates it is what is in your heart that matters.

Click here to find out more about how you can host your Facebook Fundraiser for #GivingTuesday and help bring medicine for the world.