Life-Saving Medicine for One Baby in Nigeria 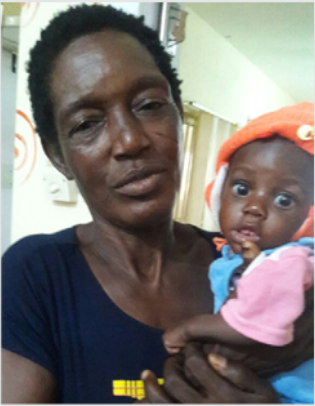 The baby had been abandoned. Left to die on the beach in Nigeria under a layer of sand. But the first miracle occurred when a good Samaritan heard a sound and discovered the baby.

Wiping the sand from his face, she cradled and comforted the small infant. Like so many in the region, the woman was living in poverty herself. Barely able to feed her own family, she took the baby in and split her meager resources with yet one more child.

But it wasn’t enough. 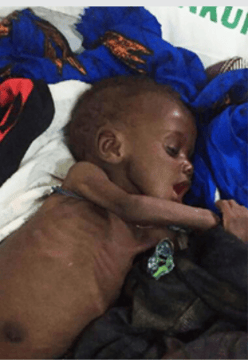 The baby was losing weight and she was afraid he would die. The second miracle occurred when she learned a medical mission team was working nearby. She wrapped the baby up and brought him to the health workers, asking if there was anything they could do to help the child.

“When we saw the baby, we thought he was a newborn because he was so small,” remembers Kwaghoo Bossuaai, part of the volunteer medical team from the U.S. serving on a medical mission to Nigeria.

The team was shocked when they examined the baby and found he was closer to six months old.

Malnourished and severely dehydrated, the child was the size of a recently-born infant. Fortunately, the team had brought medicines from MAP, including oral rehydration solutions (ORS) along with them. The medical mission team paid for the baby to be treated at the local hospital, then supplied ORS for his recovery.

And the third miracle was the appearance of the baby after receiving rehydration. In just 24 hours he looked like a different child. Dehydration can be deadly in just a day or two as small infants don't have the ability to conserve water in their body. But oral rehydration solutions quickly restore the health of a child, keeping organs from failing. They are a low cost solution to a problem that too often takes the lives of children.

Did you know that for children under five, dehydration caused by diarrhea or other simple illnesses is one of the highest causes of death in the world? Supplying ORS saves the lives of as many as 2,000 children every day, for as little as ten cents per day.

For those who live in poverty with no hope of affording medicine themselves, the gift of free medicine is nothing short of a miracle. Today, a baby in Nigeria is growing stronger because of your gift. A mission team is rejoicing because they had the necessary medicine to save not just that life, but many others.

That’s why MAP exists—to connect people like you who care about the needs of the world to those who are truly in great need.