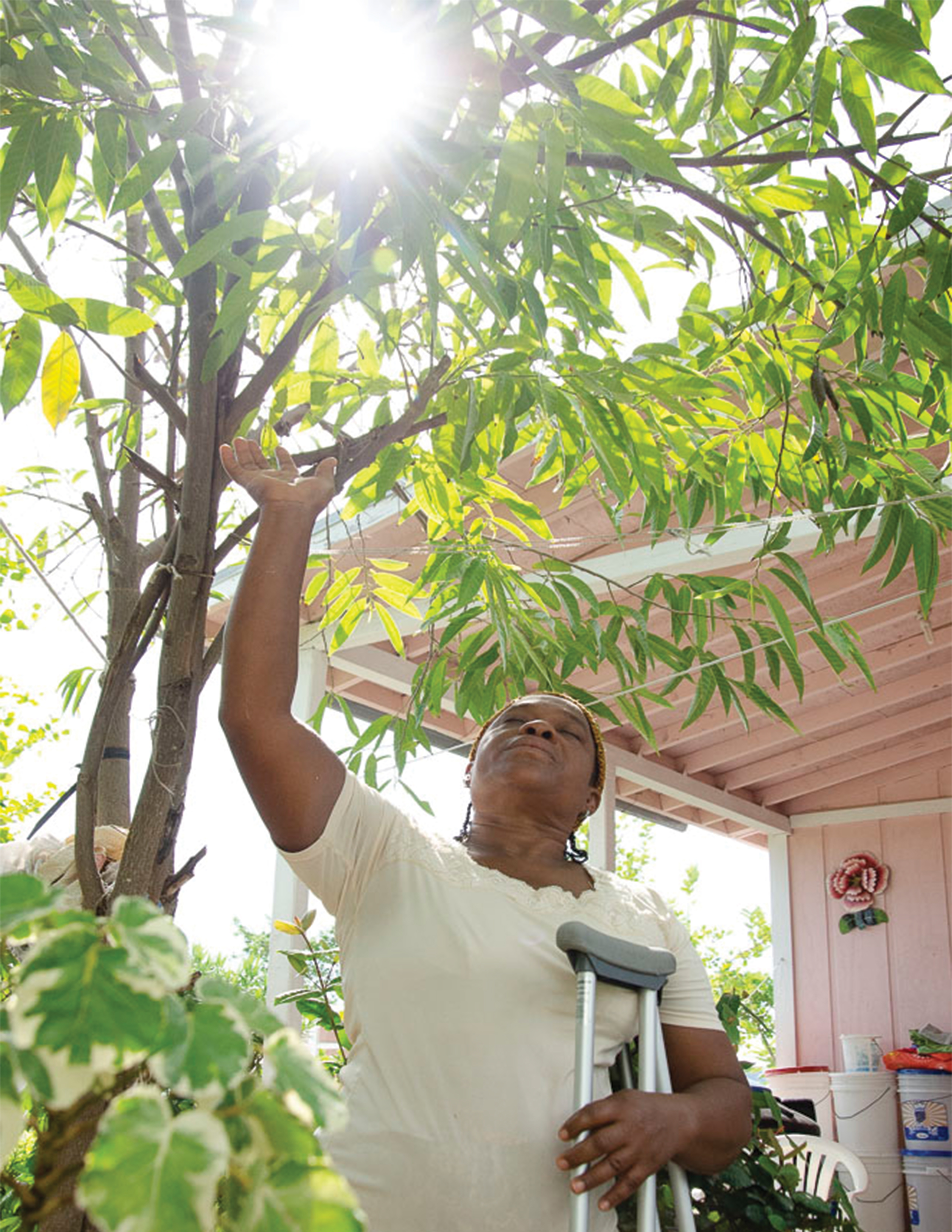 After I introduced myself to Rose, the first words I remember her saying were, “Lespwa fè viv.”

My translator, Florence, said it means “hope makes one live.” Florence then shared with me; however, “When you hear Rose’s story, you will know that this means so much more for her.” I looked at my translator quizzically.

Florence responded, “Rose says that ‘if I am breathing, then I am alive. And if I am alive, then I have hope.”

Rose told us her story. Our video crew, translator, and I listened intently. Even in the stifling heat of an August Haitian afternoon, you can’t help but hear the lyrical cadence of Rose’s Creole, even if only a few words are understood. 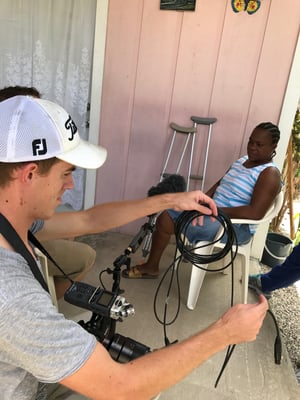 Jonny, our videographer, sat closest to Rose asking her to talk about her family, her life, and her experiences. Ben, his assistant, donning a well-worn Titletist golf cap and cotton shirt, pointed his camera to capture the scene. Behind Ben, I took notes as Florence translated.

As a pharmacy clerk in Port Au Prince, Rose knew the value of medicine. And healing. Rose described her life as the matriarch, the family breadwinner, and cheerful giver to her family.

When you hear her talk, there’s no doubt. Words like tough and resilient come to mind. Like many Haitians who’ve endured the incomprehensible, Rose took pride in her independence and her ability to help others.

On January 10, 2010, Rose’s life changed when a catastrophic 7.0 earthquake struck most of Haiti. Much has been written about collapsed buildings, devastation and lives lost. Rose’s story of survival is worth hearing on its own through this video.

Rose clung to the expression “Lespwa fè viv” as her roof lay upon her and the walls of her home above the roof. “If I have breath, I have life. If I have life, I have hope.”

In hearing her story and having the privilege to meet her first hand, I most admired how Rose did not want her injuries to affect the pillars of her life: her strength and independence, her resilience, and her being a blessing to others.

Rose described her despair when they told her at the field hospital that she would lose her leg. Like anyone in her position, it’s easy to question if death would have been an easier path. Through this difficult time, Rose said she clung to the words that sustained her underneath the rubble of her home, “Lespwa fè viv.”

After three hours of videotaping Rose in the environment of the Miracle Village where she now resides, we departed Rose’s home with respect for her resilience. In the car, we talked about the incredible endurance of a five-hour ride in the back of a truck with rebar sticking out of your leg. There was so much about Rose’s story that humbled us.

We could all feel her embarrassment when she told us about the occasions when she fell in front of others trying to get used to her new life on crutches. “Lespwa fè viv.”

There was much about the heat of the day that tired us too. We were all drenched from a full day of travel and production. We concluded the day, breaking bread, and sharing Rose’s story with the rest of our crew. As we returned to our cabin, Jonny noticed Ben, not wearing his worn Titlelist cap.

For the next two days, we interviewed MAP supporters who traveled to see MAP's work first hand, as well as doctors and nurses who prescribed medicines from MAP to people who would otherwise continue to suffer.

We interviewed Mellisia and others whose lives changed because of the generosity of MAP donors. Ben, Jonny and I were turning red, then tan from being in the rays of the sun. 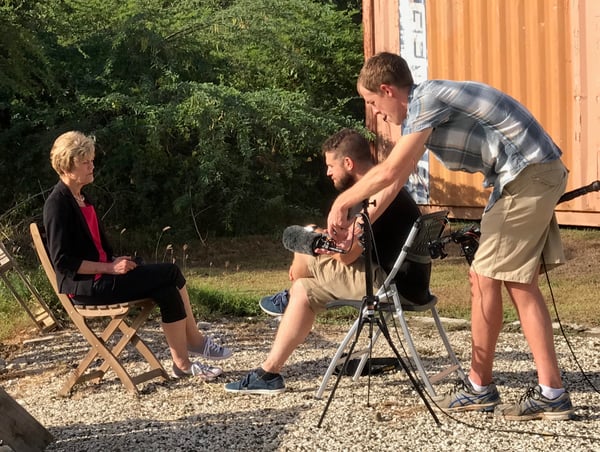 On our last day of video production; we decided to return to the Miracle Village to visit Rose. When we arrived at her home, Rose greeted each of us with a smile. And, Rose greeted Ben with a freshly-cleaned Titlelist golf hat. "That hat wasn’t that clean when you bought it, Ben!” Jonny said.

This is Rose, giving with a smile. Resilient Rose.