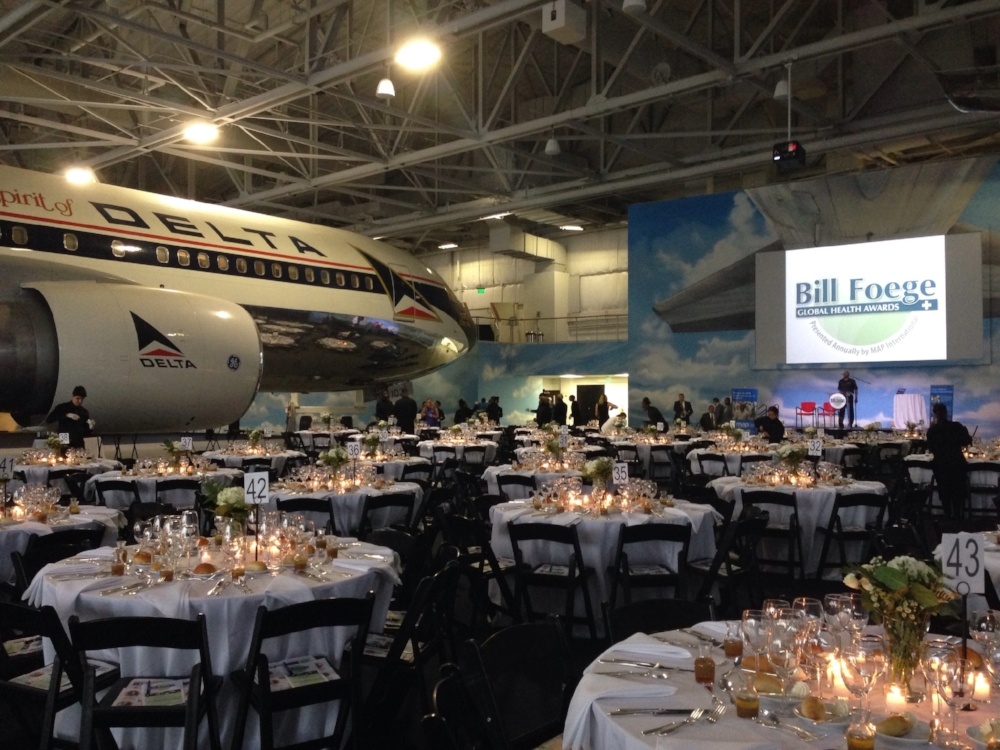 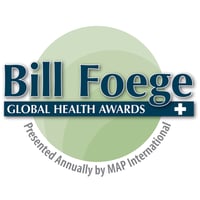 Dr. Foege has led organizations such as the Centers for Disease Control and Prevention, the Carter Center, and the Task Force for Global Health, the second largest health-related charity in the world. He currently serves as a Senior Fellow for Global Health at the Bill and Melinda Gates Foundation.

In 2012, Dr. Foege was presented the Presidential Medal of Freedom for his life accomplishments.  He has also received the Jimmy and Rosalynn Carter Award for Humanitarian Contributions to the Health of Humankind and the Ivan Allen Jr. Prize for Social Courage in addition to numerous other awards. 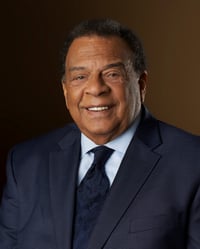 In the decades since Andrew Young helped change the course of history as a leader in the Civil Rights movement, he has built a remarkable legacy as a civic activist, elected official, groundbreaking ambassador, social entrepreneur, and adviser to presidents. His contributions to the global health community also stand out as remarkable achievements.

The Centers for Disease Control & Prevention

The Centers for Disease Control & Prevention (CDC) has inspired the incredible growth of important health organizations in Atlanta.

From its origins in malaria control, CDC has now grown to become the nation’s lead public health agency, whose mission is to “collaborate to create the expertise, information, and tools that people and communities need to protect their health – through health promotion, prevention of disease, injury and disability, and preparedness for new health threats.”

Their mission has attracted an extraordinary collection of scientists and community health leaders to the City of Atlanta. Dr. Robert Redfield will accept the award on behalf of CDC.

Dr. Redfield, MD, is the 18th Director of the Centers for Disease Control and Prevention and Administrator of the Agency for Toxic Substances and Disease Registry.

Throughout his career, Ted Turner has won recognition for his entrepreneurial acumen; sharp business skills; a vision that transformed television; leadership qualities that won sports championships; and his unprecedented philanthropy.

Turner is the recipient of numerous honorary degrees, industry awards and civic honors, including being named TIME Magazine’s 1991 Man of the Year, Broadcasting and Cable’s Man of the Century in 1999 and one of TIME 100 World’s Most Influential People in 2009. Turner also received the Forbes 400 Lifetime Achievement Award for Philanthropy in 2016, and in 2017 was honored with a Lifetime Achievement Award by the National Center for Civil and Human Rights, among many others.

No other city in the world has the institutions that reach as far and do the work to cure diseases and improve living conditions. Starting with the Centers for Disease Control (CDC), the list includes the Carter Center, Emory Global Health Institute, Task Force for Global Health, American Cancer Society, MAP International, CARE, MedShare and many others.

Atlanta represents the very best at improving the health of humanity. And the hard work conducted here in global health development is good for our city.

MAP International is a Christian organization providing life-changing medicines and health supplies to people in need.

Where Disease is endemic, MAP works with partners to restore health by providing basic medicines and health supplies where there is little or no access  those living in poverty.

And where Despair threatens humanity, MAP brings its extensive network of partners to provide medicines and health supplies to help those living in the darkest of conditions.

We serve all people, regardless of religion, gender, race, nationality or ethnic background so they might experience life to the fullest.

For 65 years, MAP International has contributed to global health progress by providing billions in essential medicines and health supplies. Dr. Foege served on MAP International’s Board of Governors during the 1990s.

MAP International (EIN: 36-2586390), one of America's top charities, is a tax-exempt organization under Section 501(c)(3) of the Internal Revenue Code. All gifts are tax deductible to the extent allowed by law.

Video Tributes To Past Recipients

2019 - The Centers for Disease Control & Prevention