Could you imagine the pain of a mother who has no medicine for her sick child; or the medical care giver who does not have the sutures or other health supplies to do what is right by their patients?

Performing artists like Rachael Mann have joined with MAP International to bring hope for families in need by encouraging music lovers everywhere to get involved and make a difference. 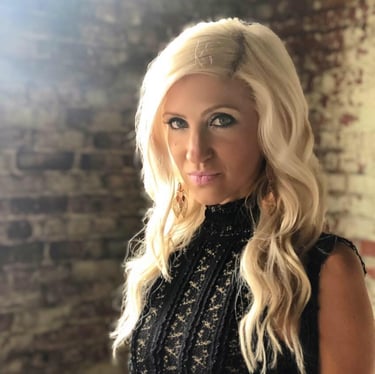 At the age of seven, Rachael began singing. Though she never asked for that gift, the fact that she was given a voice at such a young age was truly a gift from God.

Rachael was self-trained and also learned to play the piano at a young age. She also plays by ear, which makes it extremely easy for her to hear harmonies and sing them.

She started singing at church and acting in church plays. Her first church solo was at ten years old in which she sang "Somebody Love Me" by Michael W. Smith. Little did she know she know, almost ten years later she would be singing with him on an album.

At the age of thirteen, Rachael sang on the Ann Varnum Show in Dothan, Alabama and sang at countless school chapels along with winning the Most Promising Singer at the Northside Mall music contest also in Dothan, Alabama.

When Rachael moved to Birmingham, Alabama in high school, her musical talents grew along with her writing abilities. At the age of 17, she started working with Producer/Songwriter Marc Phillips. Three years later her first CD, "Unbelievable Love" came out in which Rachael wrote and co-wrote all songs. That same year she opened for Kirk Franklin, John P. Kee, Hezekiah Walker and Jars of Clay along with having her song "Satisfied" and "The Road" from this CD airing on 93.7 Wdjc , and 88.9 Moody Radio South. Within two years of her CD's release, Rachael opened for J.Moss, Salvador, Lincoln Brewster, and Big Daddy Weave along with being one of the main worship leaders of Church of the Highlands in Birmingham and singing for countless events, wedding, television shows and more. Along with singing and speaking on several jingles including McDonalds and Williamson Medical Center in Nashville, nothing has stopped her from pursing her God given dreams.

A few years later, Rachael moved to Nashville her musical dreams continued to flourish and acting opportunities. Rachael appeared on two episodes for The 700 Club which aired all over the world and is on YouTube.com today. This including stories for Tracey Judkins and Tajuan McCarty. She also worked on her second cd project, "Proud of Me" and sang for countless events, festivals and churches including TBN and the CTN Network in the Nashville, Tennessee areas. She sang on several albums for many artists including the Michael W. Smith’s “Hymns” which is for sale at Cracker Barrel stores. She has been a production assistant in 2006 for American Idol and 2015 for the Dove Awards and sang background for the 2016 CMT Awards with Carrie Underwood.

Rachael has traveled the World and has sung in Countries including Cambodia, Thailand, Nepal and Israel. She continues singing to this day while her acting opportunities have also increased with her acting in "A Question Of Faith", "Spider-Man Homecoming", "Case For Christ”, “Heartstrings” which will air on Netflix Fall of 2019 and much more.

Rachael has co-written and sang on projects with some of the best writers in the industry including Krissy Nordhoff who wrote ‘Your Great Name” by Natalie Grant and Jennifer McGill of the Mickey Mouse Club for the song “Battle is On.”

She has been a repeated guest on Atlanta’s own Atlanta Live which reaches to millions of homes throughout the Atlanta area.

Rachael's dream is to share her God given gifts the world. Her prayer is her songs can encourage those to hear them and give them hope.

March 27-29, 2020,  LAKE JUNALUSKA, NC. Go to https://thewoman2womanministry.org/retreat now to get your tickets. Tickets and times are on the website.

October 16-18th, 2020 Hilton Head, SC. Go to https://thewoman2womanministry.org/retreat for more up to date information as this will be a ticketed event for women.

Why I Support MAP International 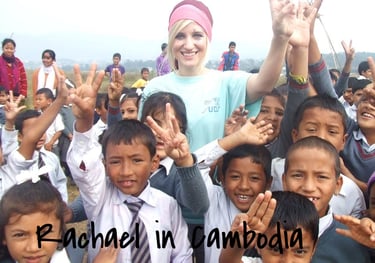