Medicine For The World - Spring Newsletter 2019

MAP International publishes its quarterly "Medicine For The World" newsletter to share with our most passionate meaningful stories of hope.

Read MAP's latest newsletter below highlighting stories of health and hope that you helped make possible.

You Are Bringing Hope and Changing Lives

Just 60 cents would have changed my life.

If this sounds overly dramatic, it’s because you haven’t met me in person. If we were to meet, one of the first things you would notice about me are the crutches I use and the leg braces I wear every day of my life.

I had polio as a child because I was not immunized—a vaccine that would have cost around 60 cents. That’s why I am so honored to work as president of MAP International. Every day we bring medicines to children in need around the world.

You see, the story of my childhood is not unique.

More than two billion people around the world lack access to the medicines they need, according to the World Health Organization.

Many of them live in places where medicine is either not available or is simply too expensive for most families.

That was the case for my family. I was born in South Korea and my parents did not have access to medicine that would have prevented me from contracting polio. And once I was sick, they could not afford to care for me.

So they took me to an orphanage where I received care and learned to walk using my first set of crutches. That is one of the reasons I am so touched by the children at Casa de Luz and so happy that we are able to provide medicines that make their lives a bit easier.

I hope you enjoy the story in this newsletter. And I know you’ll also be touched by the story of Albertina, who lovingly cares for her disabled son and is so very grateful for the support provided by you through MAP.

We also think you’ll enjoy reading about Michael Ricks, a musician who is now helping MAP launch our CurePack program. Michael’s own dramatic story is one of redemption and grace. And as someone who understands the importance of getting medicine to those in need, he is a wonderful spokesperson for our new CurePack program.

And you’ll want to learn more about our incredible partnership with Love-A-Child, a wonderful ministry in Haiti. Thanks to supporters like you, their ministry receives high-quality medicines to help some of the most desperate people in the world.

We hope you enjoy reading this newsletter. But more than that, we hope you realize how much good your support is doing in the world. These stories represent just a few of the lives being changed by you. We can’t begin to tell you how grateful we are for your support.

And we hope you know that lives are being changed each and every day because of you.

May God bless you greatly for all you are doing for the least of these.

For families living in poverty, caring for a disabled child can be difficult if not impossible.

Without the necessary therapies, equipment or medicines, families are easily overwhelmed. And many developing countries provide little or no government support.

Sadly, unable to care for their disabled children, some families simply abandon them. In the Dominican Republic, some families leave their children at Casa de Luz (“House of Light”), a private facility that cares for children with a variety of disabilities.

While raising a disabled child themselves, pastor Lucas Carvajal and his wife, Tempora, realized how few resources were available and decided to create a loving home for these children. Selling their own home, car, and belongings in order to support this mission, the Carvajals started Casa de Luz in 2006.

Casa de Luz now cares for 40 severely disabled children with autism, down syndrome, multiple sclerosis, and other conditions. Support for the home and care of the children come from private donations and money is always tight.

Most of the children need regular therapy and anti-seizure medicines, which are expensive in the Dominican Republic.

Recently MAP provided additional anti-seizure medications to Casa de Luz just as they were running out.

Without these critical medicines, children suffer painful and even life-threatening seizures. “We’re so glad that we are able to support this important ministry to these precious children,” said Steve Stirling, MAP President CEO.

"Love Is Something You Do"

When the earthquake struck Haiti on January 12, 2010, Rose found herself covered in the darkness of what had been her home, a house that was shaken to its foundation.

She felt the excruciating pain from her leg that had been punctured by from the concrete ceiling. But she was helpless to move and laid in agony until someone finally found her in the debris. In the days that followed, Rose was pulled from the rubble and carried in the back of a truck to a field hospital 60 miles away.

At the makeshift hospital, Rose was met by an extraordinary team of Harvard University trauma surgeons and caring doctors who had taken up temporary residence thanks to the Christian ministry known as Love-A-Child.

Rose received the best care possible from medical teams in the Love-A-Child triage tents. And these teams were working with the highest quality medicines and medical supplies available, thanks to MAP.

The founders of Love-A-Child, Bobby and Sherry Burnette, opened their campus for Harvard’s medical teams to serve victims of the devastating earthquake.

A few short hours after the tent stakes were put in the ground, they received a call from Kipp Branch at MAP International offering medicine and medical supplies to serve those injured in the earthquake.

At that moment, Rose’s story became the story of how MAP International and Love-A-Child found each other and began a new life in service, working as partners for more than nine years. Rose easily recalls the day she met Sherry Burnett and the team at Love-A-Child.

When the doctors told her they had to remove her leg, Rose says it was the Love-A-Child team that gave her hope. They prayed with her and gave her medicine from MAP International. “I did not want to live, but because of Love-A-Child, I am here today. And because of the medicine, I’m alive,” Rose said.

Bobby Burnett reflects about the role MAP medicines play in the service of their mission. “We could not do what we do without MAP,” Bobby says. “All of the doctors we work with say MAP medicines are better than gold.”

Today, Rose lives in the Miracle Village initiated by Love-A-Child. Many of the 2010 earthquake victims reside there now. When she or her neighbors need medical attention, they visit the health clinic on the campus. And, if they need medicine, it is provided by the supporters of MAP International.

In 1985 the Burnette’s founded Love-A-Child. They did so with the premise of sharing Christ’s love to reduce poverty for children and help families in Haiti become self-sufficient. As Sherry Burnette often says, “Love is something you do."

“We could not do what we do without MAP. All of the doctors we work with say MAP medicines are better than gold.”

Antibiotics for A Special Child

To Albertina and her husband, every child is a gift from God. So even though her seven children were almost grown, she was thrilled to discover she was pregnant again.

And when her son was born with cerebral palsy and other disabilities, she continued to celebrate his birth, even though her family lives in a poor barrio outside Guatemala City.

“He’s my baby and I love him so much,” she says, as she kisses Froilan’s cheek. A teenager now, her son is never considered a burden, even though Albertina must carry him or push him in a makeshift wheelchair.

The family lives in a humble home with dirt floors and walls made of compressed mud bricks. Although she keeps her home clean, it’s easy for insects to enter the house. And because of his restricted movement, it’s hard for Froilan to protect himself from bug bites.

“Froilan suffered from a terrible infection from bites,” said Dr. Yusimil Carranza, a doctor who travels to homes in the area to attend to children in need. “Without antibiotics, I could only keep him comfortable with topical treatments.”

Fortunately, MAP supplied pediatric antibiotics to the clinic where Dr. Carranza works. She was able to provide some to Froilan, who responded well and began to heal.

“Raising a disabled child is never easy, no matter where you live,” said Dr. Carranza. “And without resources, it’s particularly difficult. But this family is so full of love and they do everything they can to help their son thrive.”

Albertina cried with gratitude as she told us about how the medicine helped her son.

“I am so grateful to God that my son is feeling better. Thank you to all of the people who made this medicine available to us. We cannot afford to pay for expensive medicine but I would do anything to help my son,” she said.

Singing A Song of Healing

When singer and banjo-player Michael Ricks performs, he does more than sing and . He likes to tell some of his own  so the audience understands why music is so very important to him.

Recently, Michael became part of the MAP CurePack Program, in which performers help spread the word about MAP’s medicine to the audience. For Michael, talking about the healing power of medicine is personal.

He later became part of a church in Nashville where he was able to heal from the pain of his difficult childhood and embrace his . He even became the worship leader at the church.

Now a successful performer, Michael is excited to be part of a program that helps provide medicine to those in need. “Now that I am walking in freedom and healing I am so thankful to see the tables turned. I am so thankful to be an artist advocate for MAP and use my story and music to help others who need medication,” he says. 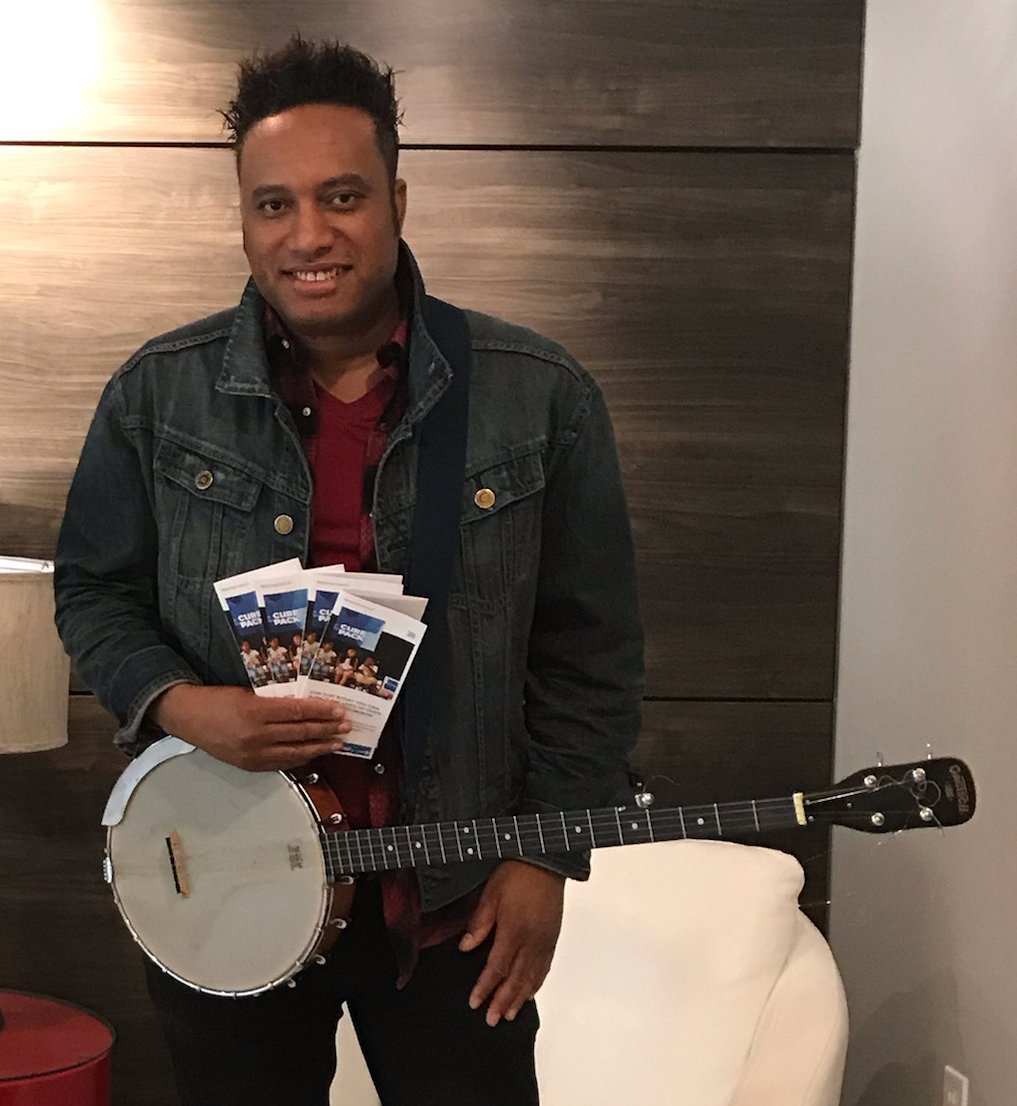 What is Oral Rehydration Therapy? 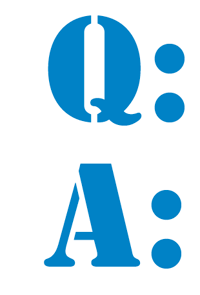 Oral Rehydration Therapy, commonly known as ORT, is a type of fluid replacement used to prevent and treat dehydration.

Packets of sugar, sodium potassium, known as Oral Rehydration Solutions or Salts (ORS), are mixed with water and administered to those suffering from the effects of diarrhea, vomiting or high fevers. Use of ORT decreases the risk of death from diarrhea by 93 percent, according to the World Health

Organization. MAP supplies packets of ORS to many of the poorest countries in the world, especially for the treatment of children, whose low body weight makes dehydration a life-threatening condition within hours or days.

To learn more about how MAP supplies packets of the simple, life-saving treatment of ORS, go to www.map.org/ORS.

Somewhere in the world right now someone needs your help. And saving that life takes less than you think but helps more than you can imagine.

You see, someone is dying right now because they don’t have the medicine that would save their life. Medicine that is available here in the U.S. but not in many resource-poor countries.

Medicine that would stop an infection from spreading. Stop high blood pressure from causing a stroke. Heal strep throat before it caused heart disease. That medicine is available here.

But we need to get it there. And we need your help. Will you do it?

As a monthly donor, you become part of a life-saving team. You help us become even more efficient in our mission.

Medicine For The World Newsletters