Benjamin’s mother will never forget when the screaming began 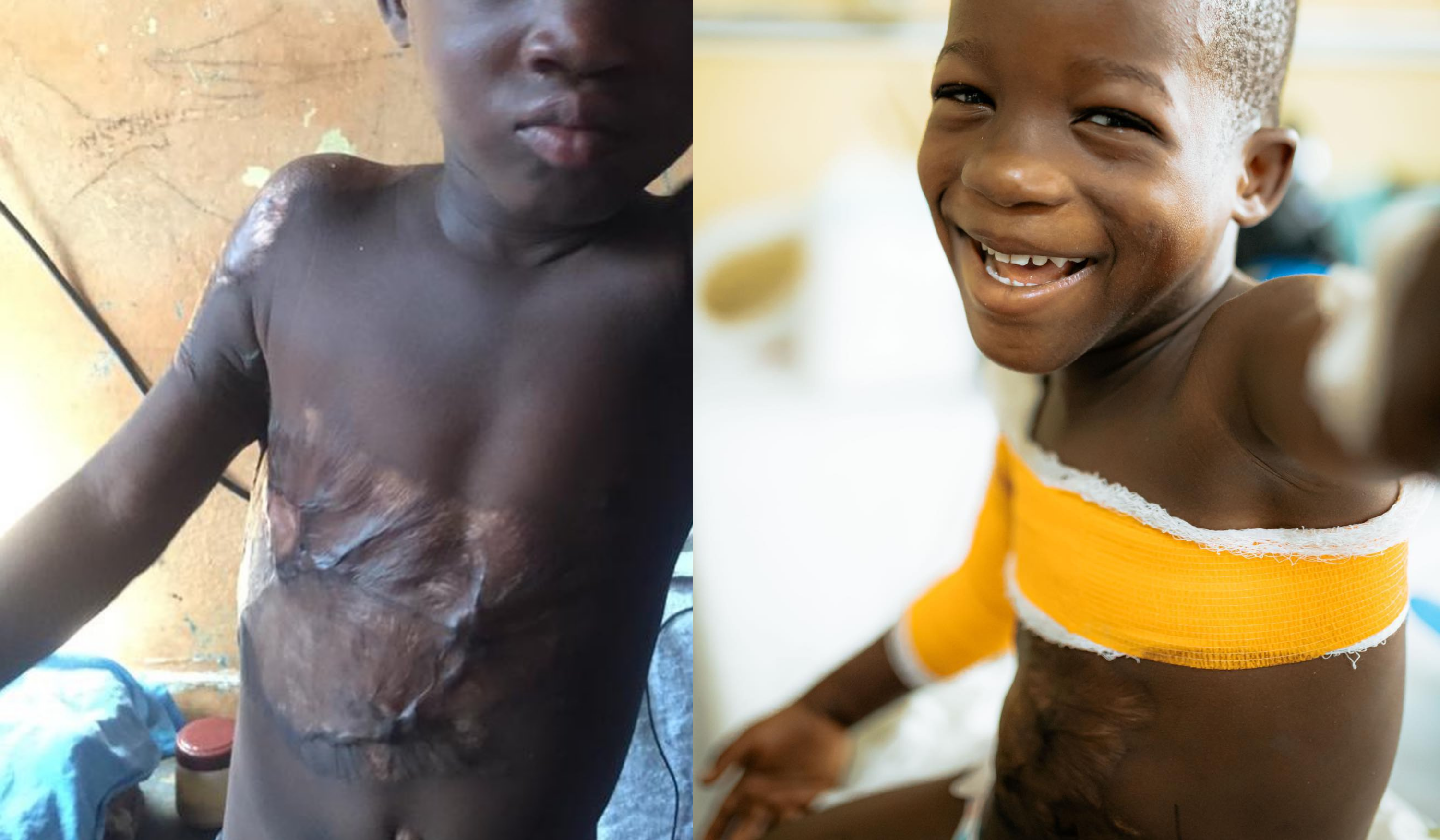 In Africa, treatable medical tragedies disrupt millions of families every year. Parents are often unable to work because they are caring for a sick child, or they have health problems themselves that prevent them from providing for their family. With little to no access to affordable, quality healthcare, many Africans have no other option but to try to just endure the suffering and somehow survive.

Ghana Make A Difference (GMAD), a nonprofit organization that primarily serves children in Ghana, has partnered with several other charities, including MAP International, to begin meeting the medical needs of Ghanaian families.

GMAD has been able to put hundreds of families on the path to self-reliance by providing them access to medical and surgical providers that they so desperately need. MAP International often provides medications, sutures, and other medical supplies to support the mission teams when they travel to Ghana.

Nine-year-old Benjamin is one example of a life changed because of GMAD and MAP’s partnership. One day at home, a boiling pot of soup fell off the stove onto Benjamin, severely burning his skin. His wounds were painful and drastically limited his movement. The slightest wrong move would bring the boy to tears.

When the medical mission team came, surgeons were able to perform a skin graft for Benjamin, using sutures donated by MAP. The little boy’s surgery was successful, and he is recovering at the GMAD Children’s Shelter – enjoying “his increased mobility!” Austin Johnson, GMAD’s Development Director, says that “the sutures donated by MAP helped Benjamin, along with every single other patient we saw while in Ghana!”

Another child, Isaac, was given a second chance at a normal childhood when the GMAD team came to Ghana. Prior to surgery, Isaac was severely bow-legged. In Ghana, physical deformities like his carry negative stigmas. Many people believe that these deformities are bad luck, a curse from God – and those who suffer physically are often ostracized from their community and suffer mentally and emotionally as well.

Thanks to the volunteer surgeons and MAP-donated supplies, Isaac underwent an operation to straighten his legs, and the change was truly amazing. No longer will Isaac live under the burden of social isolation because of his legs – now his “smile serves all who sees it” and great barriers have been removed for him as he makes friends, goes to school, and eventually gains employment. He is free!

God led the GMAD team to cross paths with Gifty, a 22-year-old Nigerian woman who happened to share a hospital room with one of GMAD’s patients. Gifty was in Ghana visiting her sister when her arm was tragically crushed in a car accident. She had languished in the hospital for over a month, unable to receive the care she needed, and she was depressed and hopeless.

One of GMAD’s doctors volunteered to operate on Gifty and fix her arm. Austin Johnson describes the scene in the operating room. “Shortly after Gifty was in the operating room and under anesthesia, the power went out.” The team prayed urgently for the power to be restored, but it never came back on. But this didn’t stop the GMAD team.

“What a blessing to see our medical team finishing up Gifty’s surgery successfully with flashlights,” Johnson writes. What a privilege to be able to restore physical health and give hope back to this woman who would otherwise have had none.

“Another success,” Johnson says of GMAD’s latest medical mission trip. “Thank you always for supporting us on these medical missions,” he wrote to MAP. “We look forward to working with you in the future.”

Transportation. Cost. Access. These are just a few of the barriers Sam's mother faced to get her son antibiotics

A simple surgery would fix the problem, but Anyanwu couldn’t afford to pay the equivalent of $125

Because of his schizophrenia, Juan was isolated from his community for years

For children in Lebanon, like 3-year-old Ammar, surgery is a luxury you simply can't afford