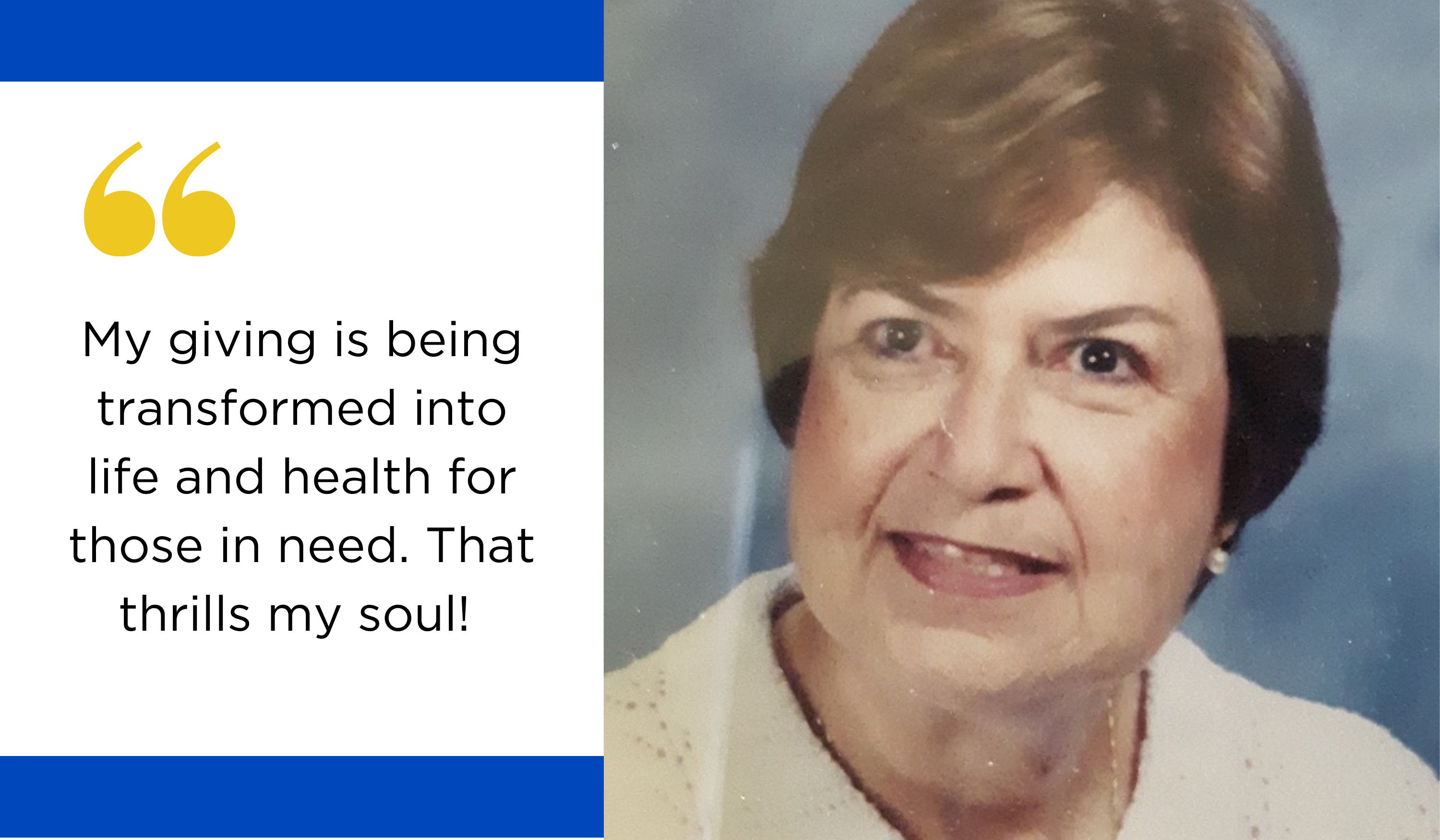 “I’ve always had an interest in medical missions,” says Dorothy R, a retired nurse who has been a monthly donor to MAP for the last 20 years.

While God never led her to do foreign medical mission work herself, Dorothy says it gives her great joy to financially support those who are doing that work in the field. “It’s the privilege of doing what little I can do,” she says.

Dorothy first heard about MAP through her uncle who was employed at Moody Bible Institute in Los Angeles. She had read the autobiography of missionary physician to Bangladesh Dr. Viggo Olsen, and then followed it up with MAP Founder Ray Knighton’s book “Serving the Servants” which chronicles the story of MAP and how it was founded.

“I was impressed with the way MAP started and developed into one of the most efficient medical missionary charities,” Dorothy recounts. “Newsletters from MAP had stories of skilled personnel going everywhere and anywhere, to bring medical care to the underserved and needy.”

Dorothy touts the unique ability of medicine to open doors for missionaries to access remote places around the world for the sake of the gospel of Jesus. “To know that medicine was the vehicle by which they could get into places that nobody else could get into… That’s big!”

For her, offering physical healing for the poor is an opportunity to also offer spiritual healing – and, ultimately, lasting hope in Jesus Christ.

“My giving is being transformed into life and health for those in need,” Dorothy says of her financial support of MAP. “That thrills my soul!”