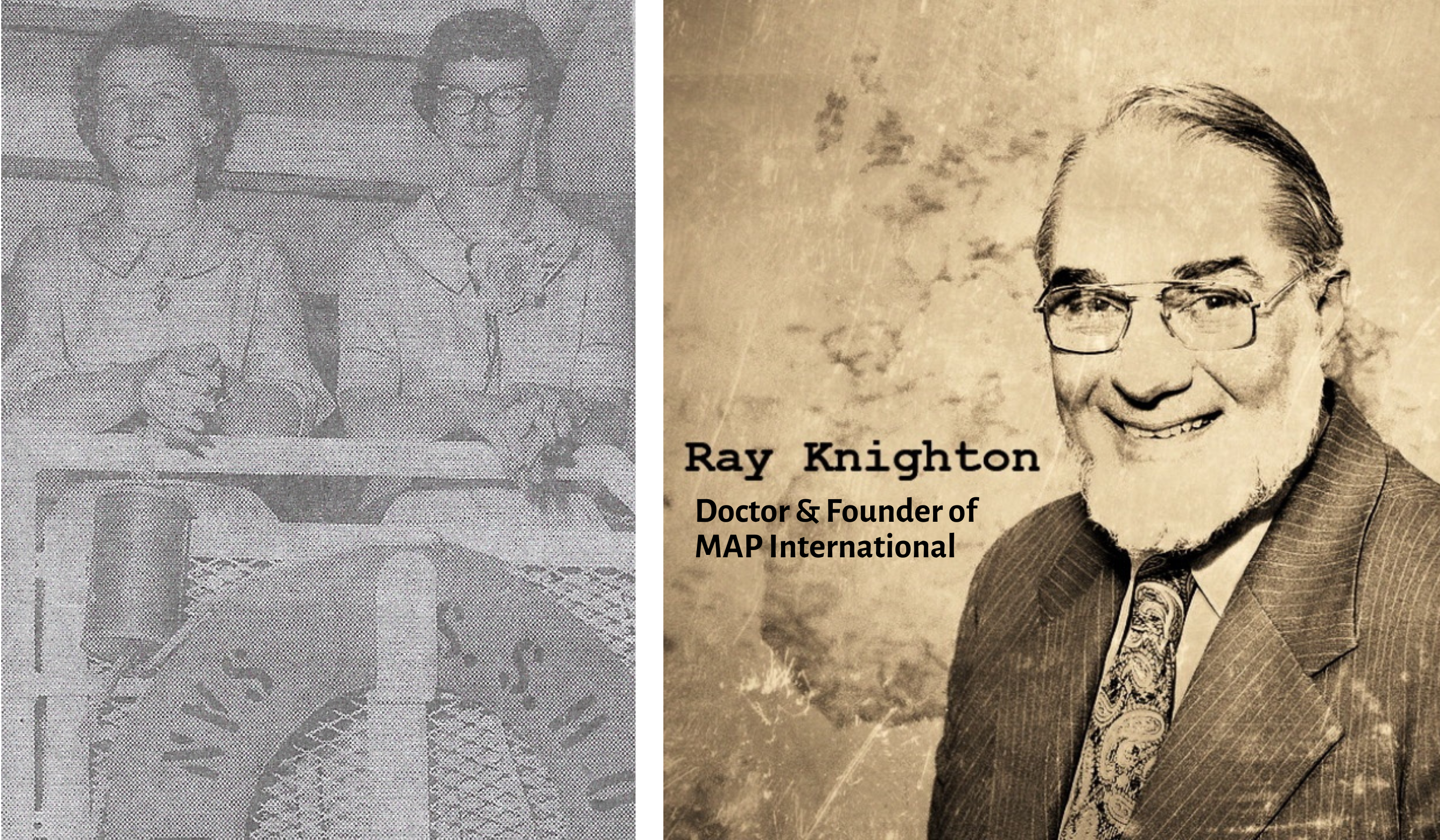 Ms. Elizabeth Engelhaupt is a friend and faithful supporter of MAP International. In fact, she has been donating monthly to MAP since 1990.

Why? Well, it all started with MAP’s founder, Ray Knighton.

In the fall of 1947, Ms. Engelhaupt was a pre-nursing student at Northwest Nazarene College in Nampa, Idaho. During her two years of studies in Nampa, she enjoyed returning home to Illinois each Christmas and participating in the choral production of Handel’s “Messiah.” It was there that she first met Ray Knighton who was singing in the choir.

After finishing her pre-nursing program, Ms. Engelhaupt returned to her home state and received her Bachelor of Science degree in nursing (BSN) at the University of Illinois. After graduating, she worked in pediatric orthopedics in Seattle, Washington. During a coffee break at work, Ms. Engelhaupt heard some coworkers talking about “the hope ship.”

The SS Hope, a U.S. Navy ship that had been decommissioned was a civilian hospital ship that made 10 voyages between 1960 and 1974, delivering medical aid and health education to people around the world. They depended on medical professionals to volunteer their time for each year-long voyage.

Ms. Engelhaupt decided to apply to join the mission team, where she served as one of 26 nurses on the ship as they traveled to Indonesia and Vietnam.

Many years later, Ms. Engelhaupt made a visit to a friend who lived in Chicago. As they were chatting, she says, “I heard about MAP.” Her friend attended First Church of the Nazarene with the Knightons, and updated her on Mr. Knighton’s career shift from music to healthcare. He had founded MAP International in 1954 and was still in the business of matching up donated pharmaceuticals with physicians serving in impoverished countries.

“I like to give to organizations that use their money wisely,” she explains.

Because of the faithful generosity of donors like her, MAP has been able to provide health and hope to millions of people around the world who need it most.