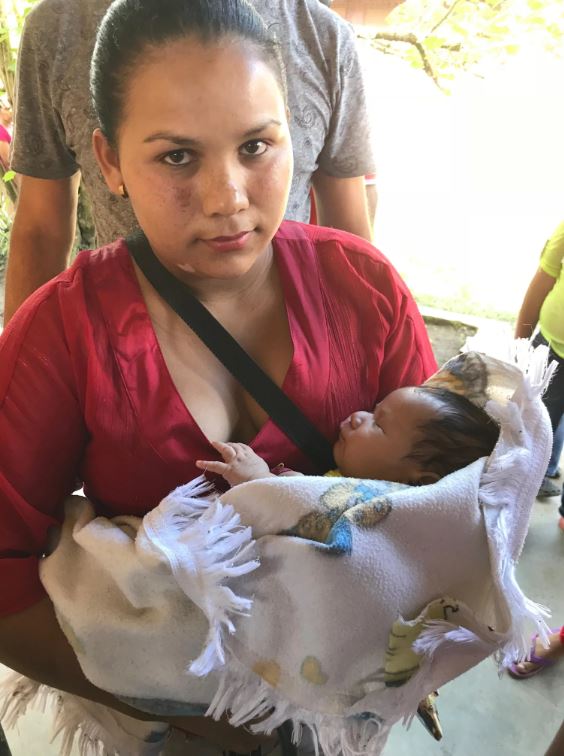 Like most mothers, Susanna had put the care of her newborn before herself. It had been weeks since Susanna had given birth and now she was ill. The burning in her stomach was unbearable.  The medical missionaries working in the “clinic” set up in the local school promised they would get to everyone. The line of people snaked across the schoolyard and out the entrance gate.

For many, this would be the only doctor or nurse they would see for months, if not that year.

One of the mission workers noticed Susanna carrying her baby and gave her a seat as she waited. When a nurse finally reached her, she feared it was the baby who was sick. Instead, Susanna told her of the ongoing gastrointestinal issues she was suffering. Her stomach hurt all the time; she couldn’t eat.

“I walked into triage area to find a young woman holding a tiny baby,” the nurse said. “I discovered the baby was only 27 days old. The baby was fine, but mom was looking for help. “She was assisted with her GI issue. We also gave her a three month supply of prenatal vitamins as she was nursing the baby.”

This is a story rarely heard in the United States. Expectant mothers do not have to wait in fields to receive care from medical missionaries.

Expectant women living in the developing world are often malnourished when they become pregnant. Their bodies are in are ill-equipped to provide the nutrients a growing baby needs. Both the mothers and their babies are vulnerable unless they have access to prenatal vitamins.

Blessedly for this woman, a medical mission team was able to help her. And, these devoted servants were well-equipped with prenatal vitamins and other supplies provided by supporters like you.

Will you help MAP provide aid for more expectant mothers like Susanna? Thank you for all you do to support MAP.

Treating the Young and Old in Honduras: Medical Missions at Work