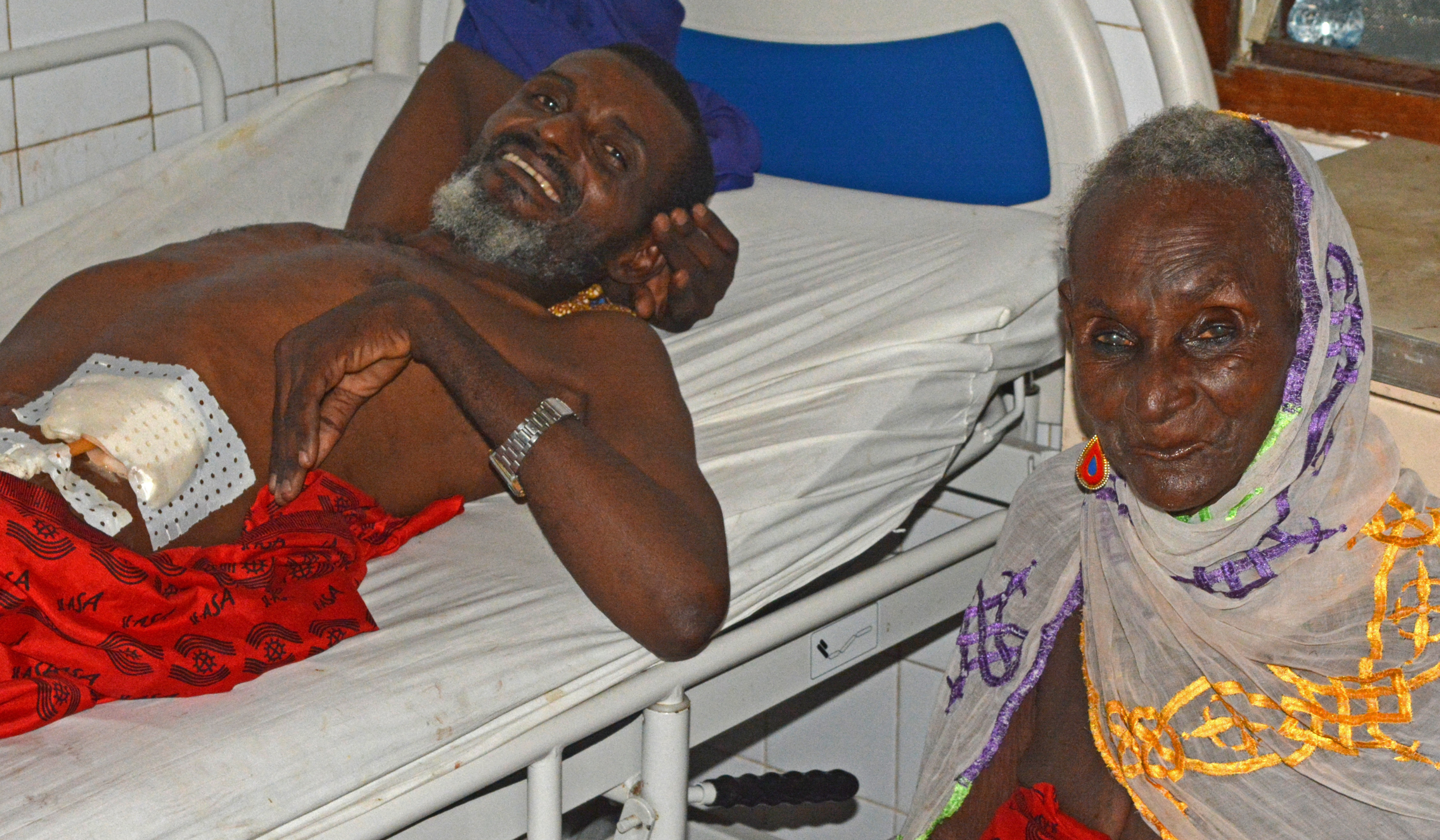 Mohamadou was ill, and his condition was deteriorating rapidly. His wife had tried every home remedy she could think of, but still his mysterious symptoms worsened.

In Togo, Africa, where Mohamadou and his wife live, the public healthcare that is available has a rather poor reputation, particularly for patients like them who have limited financial means.

Rather than risking sub-par care and a bill that they could not afford to pay, Mohamadou and his wife sought care at the second busiest hospital in all of Togo – Hopital Baptiste Biblique (HBB), a mission hospital that sees over 20,000 patients each year.

Dr. Samuel J. Williams, II, a short-term mission surgeon who has traveled to HBB to serve 21 times now over the past 18 years, says that generally, the very best and most affordable medical care “in most any third world country is delivered at Christian mission hospitals. A great bonus is that it is provided with compassion and in Christ’s name.”

At HBB, patients not only receive medical care, but they also hear the gospel during their visit. In this environment, patients have the opportunity to receive both physical and spiritual healing.

When Mohamadou arrived at the hospital, doctors found that he had a suphrenic abscess, an accumulation of infected fluid between his diaphragm, liver, and spleen. Had he waited too long to seek care, or had he been misdiagnosed at another medical facility, Mohamadou could have suffered sepsis, septic shock, or even death.

Thankfully, Dr. Williams – and several other volunteer medical professionals – have been procuring surgical sutures for HBB from MAP International for nearly the last two decades, and the surgical team was able to successfully drain Mohamadou’s abscess. They safely closed his surgical incision using MAP sutures, and Mohamadou finally experienced relief from his physical symptoms.

The HBB facility has two operating rooms and performs on average 2,000 surgeries each year. The sutures that short-term mission surgeons bring from MAP, Dr. Williams explains, are “extremely important, as the cost of sutures could easily be greater than the payroll for all the OR staff!”

A simple surgery would fix the problem, but Anyanwu couldn’t afford to pay the equivalent of $125

Because of his schizophrenia, Juan was isolated from his community for years

For children in Lebanon, like 3-year-old Ammar, surgery is a luxury you simply can't afford

Thank you for bringing pediatric antibiotics to children in El Salvador!