Sunday was World Leprosy Day, a day that aims to raise awareness of a disease that many people believe to be extinct. The global elimination of leprosy  (i.e. a prevalence rate of less than 1 case per 10,000 people at the global level) was officially announced in 2000. In reality, approximately 210,000 new cases are diagnosed each year and some believe millions more are living undiagnosed.

Leprosy is a chronic, infectious disease that develops slowly, with an average incubation period of five years. It is caused by a bacterium, Mycobacterium leprae, and chiefly affects the skin, peripheral nerves, mucous membranes of the respiratory tract, and eyes. It is curable. But, when left untreated they can cause severe deformities and have life threatening consequences.

Multidrug therapy treatments have been provided worldwide by the WHO free of charge since 1995. It is a simple yet highly effective cure for all types of leprosy. Sadly, however, those living with the disease are still often stigmatized and shunned from their communities. 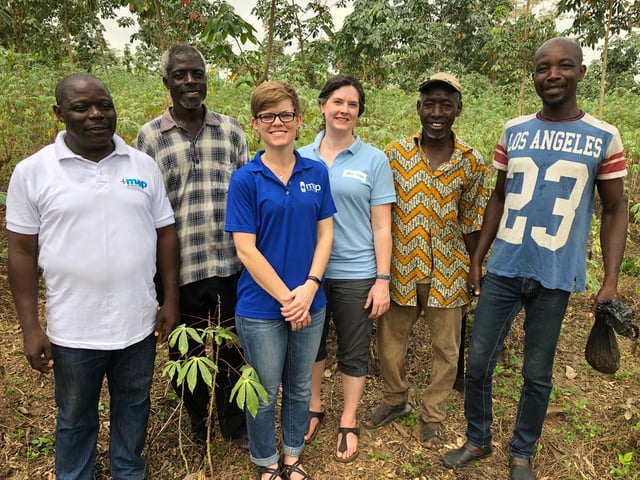 MAP International was engaged in the fight to end leprosy in West Africa since early 2002.  We joined with renowned partners American Leprosy Missions, Effect:Hope and The Leprosy Mission Ireland. The fight against leprosy included strategies focused on cure, care and ending the disease.

Suffering from leprosy has not been easy. Early on, no one knew why as a young child Grace had scaly patches on her hands. Leprosy, although curable, carries a stigma that causes people, even young children to be alienated from their community.Grace is tough, she’s twelve years old and has been suffering from leprosy since she was three years old. She is the only daughter living with six brothers in rural Cote d’Ivoire.

Seeking a normal life for her daughter, Grace’s mother sent her to Chinese healers in the community and for a short time - it worked. When the same patches reappeared on her hands, her mother traveled to a rural clinic where MAP International and American Leprosy Missions worked to prevent the spread of leprosy.

“The nurse gave me some injections, and a few days later my hands were back to normal.”  Grace

The following year her leprosy came back, and Grace knew just where to go – the clinic. She received a full course of treatment and her patches once again cleared. As her mother shared after her treatment:

“I would like to say thank you to God today for showing me the right way to treat my daughter for leprosy. She has suffered from this since she was three. I tried so many different treatments, but the disease would not stop. I did not know my daughter had leprosy and it’s a bad disease that can deform people, it could have deformed my daughter.

God did a miracle by showing me the best way to treat her today. My daughter will not have a deformity because of the nurse that treated her. Thank you, God again.”  Grace’s mother, Odette