For the first time in her life, four-year-old Winnie can walk! 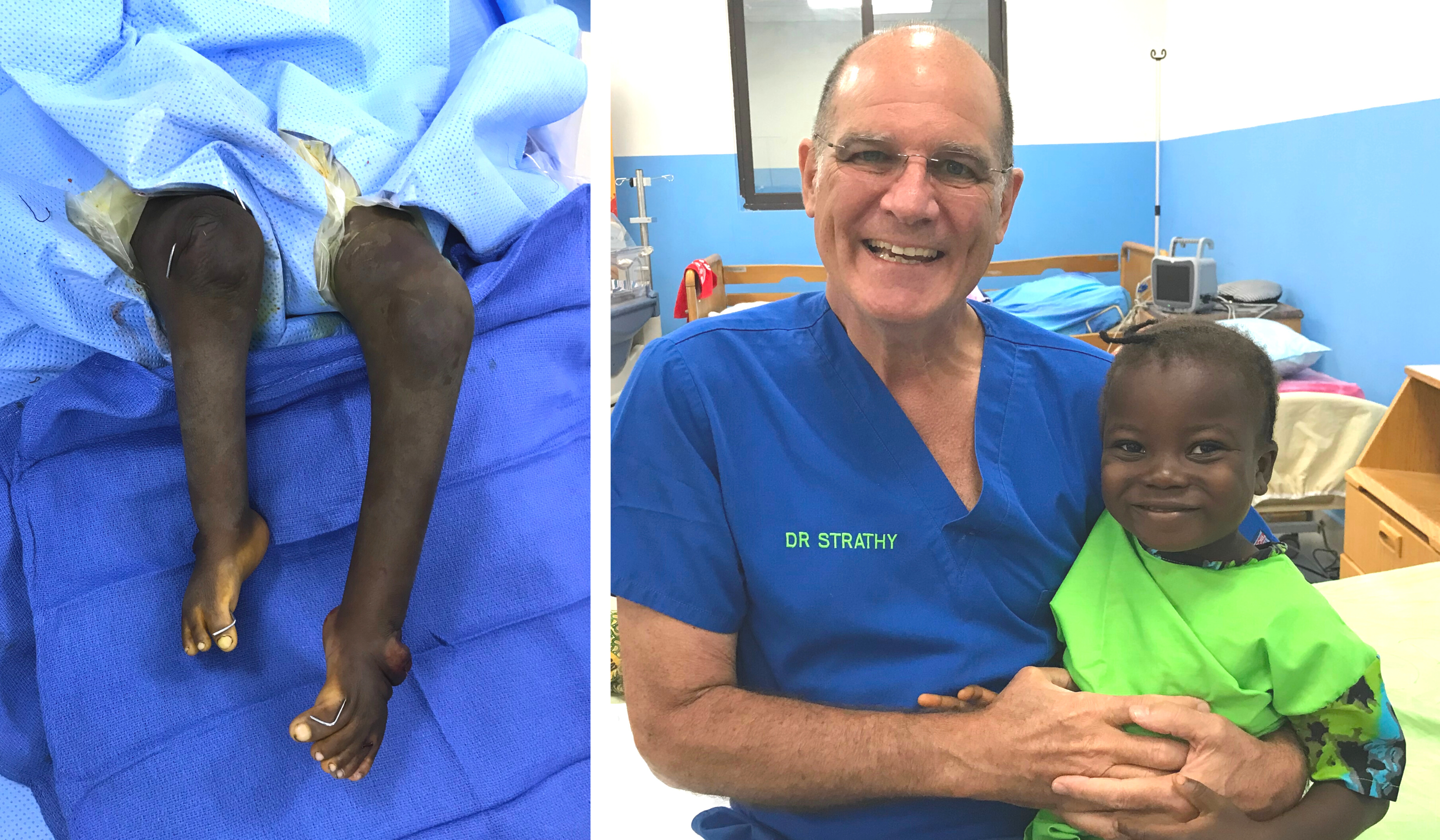 Four-year-old Winnie, who lives in Liberia, was born with club feet and severe deformities in both legs.

The stigma of having a child with such severe disabilities was too much for her mother, who believed the child was “witched,” and she quickly abandoned her baby. Winnie’s grandmother, Lucy, now cares for her.

Because Winnie’s legs are so severely deformed, walking has never even been an option for her. Instead, she crawls, using her arms to drag herself through the dust in the dry season and the mud in the rainy season.

But the Lord connects people and resources, and this year, Winnie got her miracle.

Winnie met the wife of a missionary pilot, who brought her to JFK Medical Center in Monrovia, where Dr. Kevin Strathy and his wife, Natu, have founded Liberia Medical Relief, an organization providing medical support to the people of Liberia. Liberia Medical Relief supplied their surgical programs with donated high-quality sutures from MAP International since 2015.

According to Dr. Kevin Strathy, “orthopedic care is difficult to obtain in Liberia, and pediatric orthopedics has been, until now, non-existent.” Until now.

Winnie had a series of procedures to correct the problems in her legs, and “is currently learning to walk for the first time in her life,” reports Dr. Kevin. “We are hopeful. Despite her hardships she is an absolute delight.”

Winnie’s story, along with all the other children who experienced healing and are learning to hope again, “are true testimonials to the dedication and sacrifices made by people who truly care about humanity,” says Dr. Kevin. “They are also testimonials to the teamwork it takes to make ‘miracles’ possible. Thank you, MAP, for your support.”