The need was widespread and heartbreaking

Mission hospitals and clinics all over the world lacked the medicines and supplies they needed to treat their patients.

While missionary doctors did their best with what they had, the medical supplies and medicine they knew were available in the US were seemingly impossible to find in remote parts of the world.

An administrator at the Christian Medical Society, Knighton heard about the stories and, as a result, he mentioned them to just about everyone he met. One fateful day, Art Larson of the Schering Drug Co., called Ray and told him he had shipped 11 tons of medicine to Ray’s Chicago office.

Ray was shocked. “You did what?!” he famously responded as he had no warehouse and only a small office.

The donation filled his entire office and the hallways. But when he let doctors on furlough know the medicine was available to take back to their hospitals, they came to pick it up and take it back to where it was urgently needed. The need was obvious, and the response was soon overwhelming.

Since 1954, MAP has served millions of people through the help of partners, donors, hospitals, clinics, and medical mission teams, fulfilling its Christian mission to provide life-changing medicines and health supplies for the world’s poorest, most vulnerable people.

Steve Stirling has served as the President and CEO since 2014, and he brings not only a wealth of business experience (non-profit and corporate), but also a unique perspective to MAP International.

As a young child living in post-war Korea in the 1960s, Steve suffered a life-altering bout with polio – a disease that wreaked havoc on his body and ostracized him from society, and ultimately, his family. This disease, and its consequences, could have been prevented with a vaccine that costs merely a few cents.

When Steve was only 5 years old, his father dropped him and his sister off an orphanage, where they spent the next 5 years before being adopted by a couple in the U.S. Steve eventually graduated from Cornell University with a degree in Agricultural Economics and earned his MBA in Marketing and Finance from Northwestern University.

In 2014, Steve was approached by MAP International. Because MAP is a Christian organization, Steve saw this as an opportunity to live out his faith through his work. He has dedicated his life to bringing critically needed medicines and health supplies to some of the world’s poorest people, so that no child suffers the same fate that he did simply because of a lack of access to medicine.

God redeemed every experience in Steve’s life, even polio, to prepare him for his role at MAP International. He is particularly motivated by Jesus’s words in Matthew 25:36, “I was sick, and you looked after me.” Steve is passionate about MAP International’s mission and he invites you to join him in helping to provide life changing medicines and health supplies to people in need around the world. 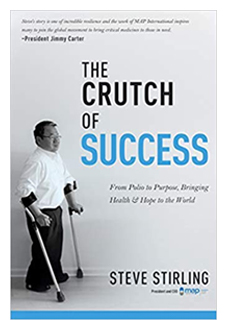 The Crutch of Success tells Steve’s incredible story of his early years growing up in an orphanage, his adoption into a large, loving family in Alaska, and his determination to succeed.

Your book purchase will go to support MAP International's work. Would you like to invite Steve to speak at your company, church or event? 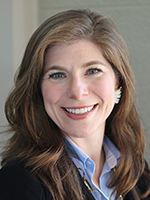 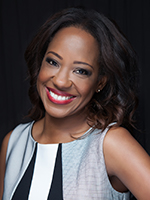 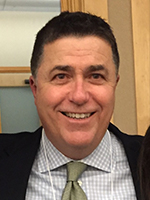 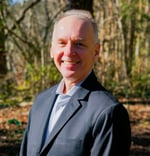 Doug Lowe
Fellow of the American Institute of Architects (FAIA)

Dr. Ronald Moolenaar
Associate Director of Science, Division of Global Health Protection, Center for Global Health, CDC (Serving on the Board in his personal capacity)